Colorado and Washington were the first states to pass the legalization of recreational weed in 2012. Since then, many other states have followed suit. Today, there is not as much stigma surrounding cannabis usage as there used to be. However, that doesn’t mean that everyone knows all of the rules and the legality surrounding marijuana. It is always a good idea to take some time to become familiar with the rules surrounding weed, so you make sure you don’t get in trouble.

Below are some of the most commonly asked questions regarding weed in Fort Collins, which will mostly apply to the rest of Colorado.

What Is Fort Collins’ Law Regarding Marijuana Consumption?

Fort Collins allows for the consumption of marijuana, as it is legal throughout the state of Colorado. However, despite marijuana being legal, there are still certain rules and local regulations you will have to follow if you don’t want to get in trouble with the law.

One thing that you want to keep in mind is that edibles are considered the same as smoking when it comes to marijuana consumption. This means that you can’t consume edibles in all of the same places where smoking is prohibited, as discussed in the next section.

If you are going to purchase marijuana, it needs to be done correctly. This means you will need to go through a licensed weed dispensary in Fort Collins. Only those who are 21 and over are allowed to buy marijuana. It is also illegal to provide marijuana to minors whether it is given to them or sold.

One of the most important things to note about cannabis in Fort Collins is the amount that you are allowed to possess. Although recreational users can have up to three ounces according to state law, the City of Fort Collins website states that you are only allowed to possess two ounces of marijuana. The same is true for medical marijuana patients.

Additionally, you can only buy up to one ounce per day. They consider a single transaction to include multiple sales to the same person in a day. You can buy up to two ounces of medical marijuana.

You are allowed to transport marijuana in your car, but it can’t be in an open container. Additionally, you can’t cross state lines with weed in your vehicle. Also, it is illegal to use it while you are driving.

CBD in Fort Collins is available, as well. For those who want some of the medical benefits associated with marijuana, but who don’t want the THC, opting for CBD products is the way to go. These are entirely legal and have been for some time. When you go to a dispensary in Fort Collins, the menu will let you know what is available, such as CBD oil. Fort Collins has a range of locations that can provide these products. 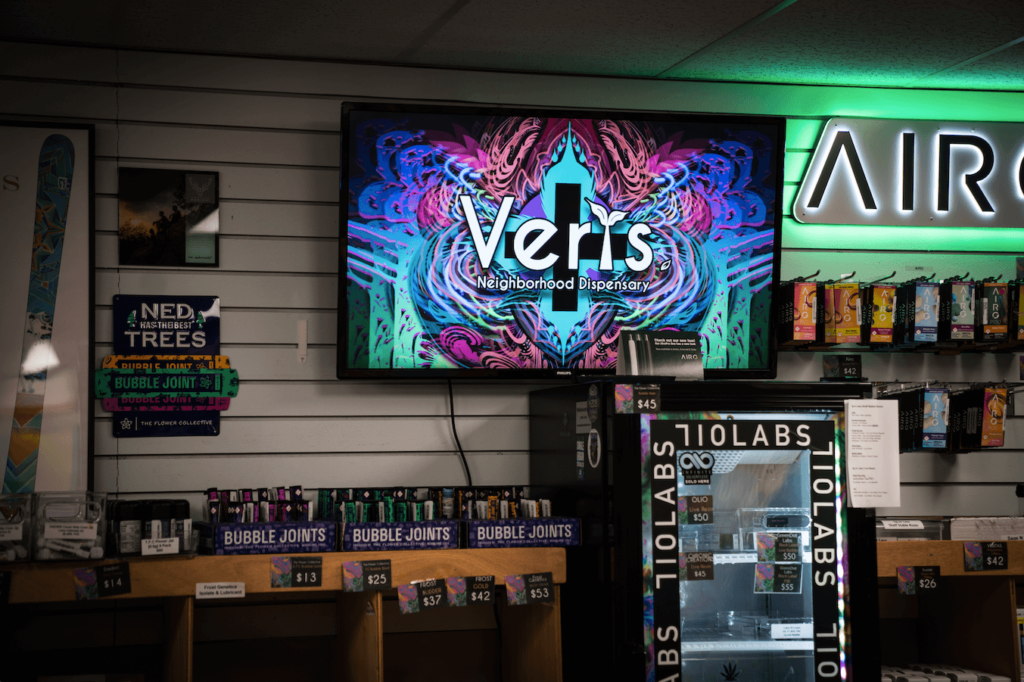 Where Can You Smoke Weed in Fort Collins?

In Fort Collins, the marijuana laws state that you can’t consume it in public places. Though you can buy from Fort Collins dispensaries, and it is legal in the state, you can’t consume it in public places. This includes transportation facilities, schools, playgrounds, parks, music venues, sidewalks, roads, etc. You are not allowed to smoke at outdoor or rooftop cafes, or restaurants and bars. Common areas of buildings are not permitted either. This means that you couldn’t smoke at the pool common area where your apartment is located, for example.

The Colorado Clean Indoor Air Act prohibits smoking in certain areas other than restaurants. This includes motel and motel rooms. Smoking is only allowed in rooms that are labeled as smoking rooms. Hotels and motels that permit marijuana smoking will need to prohibit smoking in at least 75% of their rooms. You may be able to consume edibles in Fort Collins in a hotel room, though, as long as they don’t prohibit it.

However, you can consume marijuana in your home, a friend’s home, etc. You will want to keep in mind, though, that private property owners have the right to restrict or forbid marijuana possession and use on their property. If you are renting a place, and the landlord puts in the lease that there are no drugs, including marijuana, allowed on the property, you would not be able to use it on the property.

Where in Fort Collins Can I Get CBD Hemp Oil?

CBD is not a controlled substance, and it has been legal for several years. It does not have THC, the ingredient in marijuana that causes the psychoactive effects. As such, you will find that you can get hemp oil from a range of different sources. You may find some Fort Collins dispensary deals that offer CBD oil and other products.

Are Edibles Legal in Fort Collins?

Yes, you can find and buy edibles in Fort Collins. They are legal, but you have to follow all of the same laws and rules that you would with weed that is smoked or vaped. This means it needs to be done in a private location where smoking is allowed. 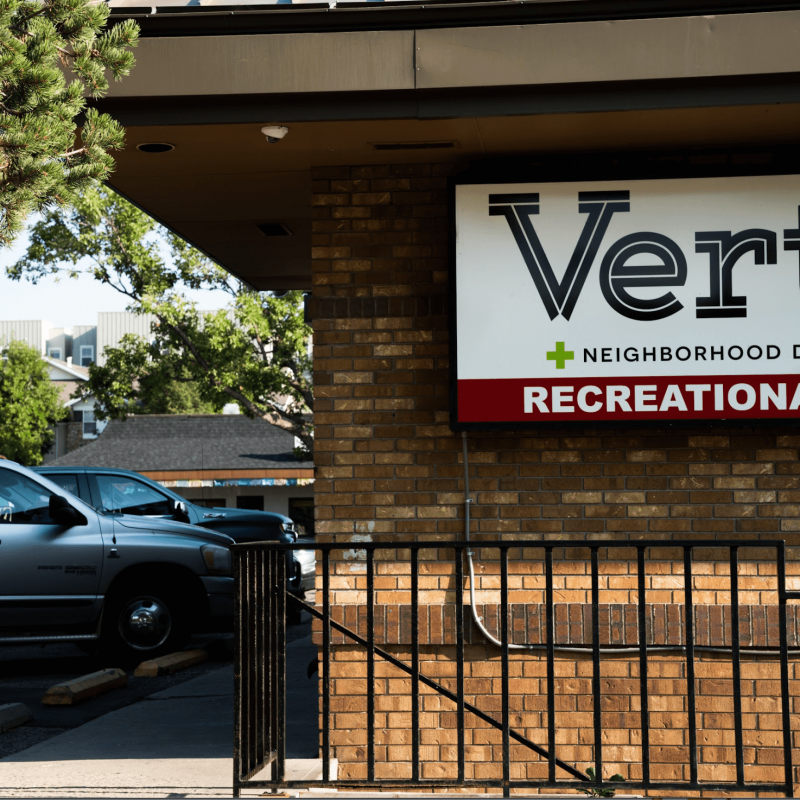 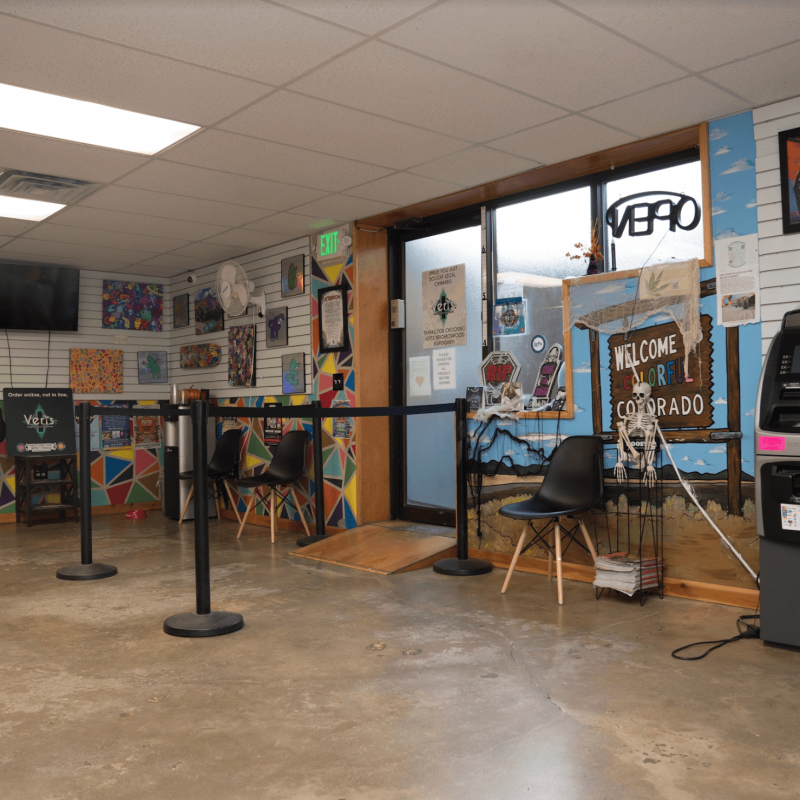 Where Can I Buy Recreational Marijuana in Fort Collins?

You have quite a few options when looking for a Fort Collins, Colorado dispensary. Naturally, you will want to choose one of the best. Verts has a fantastic dispensary located at 1240 W. Elizabeth St. Suite C&D in Fort Collins. The number is 970-286-2318. It is open Sunday to Thursday from 9 a.m. to 8 p.m. and on Friday and Saturday from 8 a.m. to 8 p.m. Find some products you are sure to love.

How Many Dispensaries are in Fort Collins, Colorado?

Can Dispensaries Deliver in Fort Collins?

Yes, a marijuana dispensary in Fort Collins can deliver to your door if you choose. This means that you don’t have to go out and get it yourself if you don’t want to. However, just because a place delivers doesn’t mean it is the best dispensary in Fort Collins. You will want to learn more about what they offer, and you might want to visit one or two times on your own before you opt for delivery.

Do You Need a License to Be a Budtender in Fort Collins, Colorado?

Marijuana use is growing, and this means that there are likely to be more Fort Collins dispensary jobs in the near future. However, it’s not as easy as just showing up and filling out an application. All of the budtender jobs in Fort Collins and other locations in Colorado require that you have a license to be a budtender from the state. You will need to get a Marijuana Enforcement Badge.