What Is Marijuana Flower?

The term marijuana flower refers to the part of the cannabis plant that can be smoked. Marijuana flowers tend to be the most popular means of consuming cannabis because they can be taken in a variety of ways. Some of the other terms used include bud and weed flower, but they refer to the same thing. When it comes to flower vs. weed, it is just semantics. Is marijuana a flower, though? Technically, it is a flowering plant, although it is not what most people would have growing in their plant beds in front of the house.

Flowering cannabis refers to the seed-bearing part of the plant. It is the part of the plant that is responsible for reproducing. However, flowering marijuana is grown specifically to not have seeds. The male plants are removed from the females in the growing area. They are grown without seeds purposefully for several reasons.

First, seeds require energy to grow, and that energy is better spent creating more cannabinoids for greater potency. Additionally, removing seeds can be time-consuming, and they taste harsh if they are smoked. 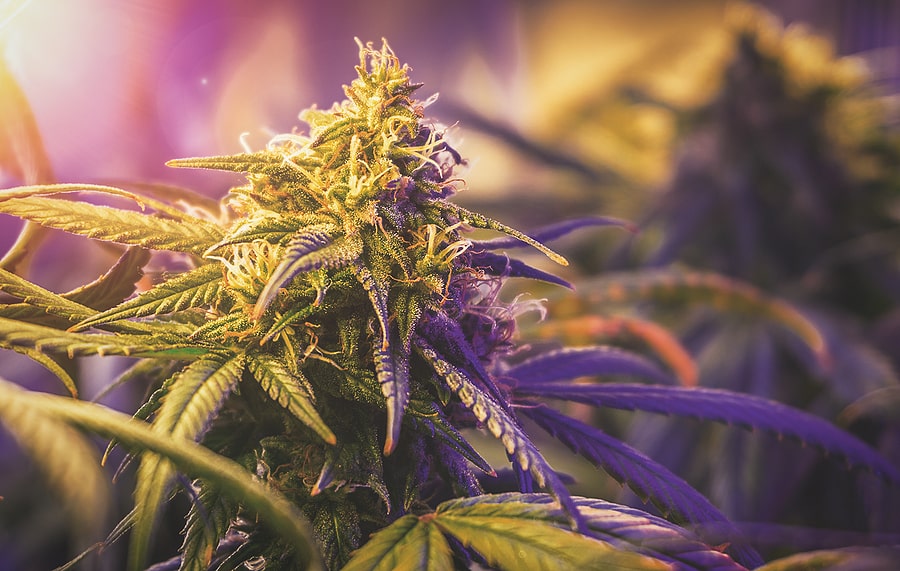 How many strains of weed are there? There are essentially three main strains of marijuana, as discussed below. Of course, different growers cultivate a wide range of “sub-strains” with a host of names to better indicate their lineage, taste, potency, etc.

The following are the three main strains, which are how most products are labeled when purchasing from a dispensary. The strain refers to the genetic deviations in the plant, which provide the appearance, scent, and effects. Each of these strains is said to provide different types of effects.

Indica produces what is known as a body high. This provides users with a relaxed and calm feeling. It is often used by those who want to have a deep high and who may want to have some help dealing with insomnia. Because it can cause a relaxing effect, a lot of users suggest that it is used when you don’t have anything to do for the rest of the day. Weekend and evening use is popular.

Indica strains will generally have a higher level of CBD when compared to sativa. However, the THC content can vary.

Like indica, sativa has both recreational and medicinal benefits. It can provide a high feeling, but this strain is often used to help with focus and concentration, as well as mood and energy. Sativa can also help with anxiety and stress relief. People often use sativa flowers for the euphoric effects they provide. Unlike indica, this is often used during the daytime, as it can help some to improve their performance without having the same lethargic effects often associated with indica.

Sativa plants are taller than indica, and they are often found in hot and dry environments. It grows in Central America, Southeast Asia, Africa, and some parts of Western Asia. Of course, as with the other strains, it is grown in many other parts of the world today through grow operations. Sativa tends to have less CBD than indica, but it may have higher levels of THC.

As the name of this strain suggests, this strain is a mixture of sativa and indica. These do not occur naturally but are created through crossbreeding. Within this category, you can typically find several options including indica-dominant, sativa-dominant, and an even mix between the two. Some strains include ruderalis, which can speed up the hybrid flowering time, as well as the CBD levels.

The appearance of the hybrid plants varies depending on the combination of the original parent plants. One of the reasons growers create hybrids is to try to increase the amount of THC. Depending on the dominant plant, using hybrid flower weed strains can be done either day or night. Remember, indica tends to be better for the evening, so check which is dominant.

Indica provides a peaceful, calm experience and can lead to “couch lock”, where you just want to spend some time relaxing and not doing much of anything. This is often helpful for those who are feeling stressed and who want to get to sleep without pain or anxiety.

Sativa is considered by some to be the flower strain you want for creativity and productivity. It provides a euphoric effect, and unlike indica, it doesn’t cause the same sleepy feeling.

Note that the hybrid can provide many of the same types of beneficial effects as the other two strains. The hybrid side effects tend to be similar, too. Those that favor indica will make someone feel tired and lethargic, while a sativa-dominant hybrid will provide a more euphoric and energetic feeling.

All of these flowering marijuana strains can be used to help with various medical conditions. These include issues like insomnia, nausea, anxiousness, stress, epilepsy, chronic pain, fatigue, and more. Different strains, however, tend to work better for certain issues. Below are some general guidelines, but you may find that you favor different flowering marijuana strains for different uses.

The kinds of marijuana you consider will typically depend on what type of effect you want to experience. Some may want to try different marijuana strains to find which works better for their specific needs.

What Are the Common Forms of Marijuana Flower?

When looking for marijuana flower, you will find several common forms including loose flower. This is just the buds without any added processing or rolling. Buying loose flower is possible in dispensaries. It will usually come in a bag or jar that is labeled with the strain and the weight. You can also opt for pre-rolled joints, which may be sold individually or in packs of several joints. The flower can be smoked in joints, blunts, bongs, pipes, or vaporizers. Additionally, you can create edibles if you prefer.

How Potent Is Marijuana Flower?

The potency will depend on the flower weed strain and the amount of THC it contains. This will vary substantially. When you are buying through your dispensary, any flower that you buy will indicate the THC level. The higher this is the more potent the marijuana plant flowers. 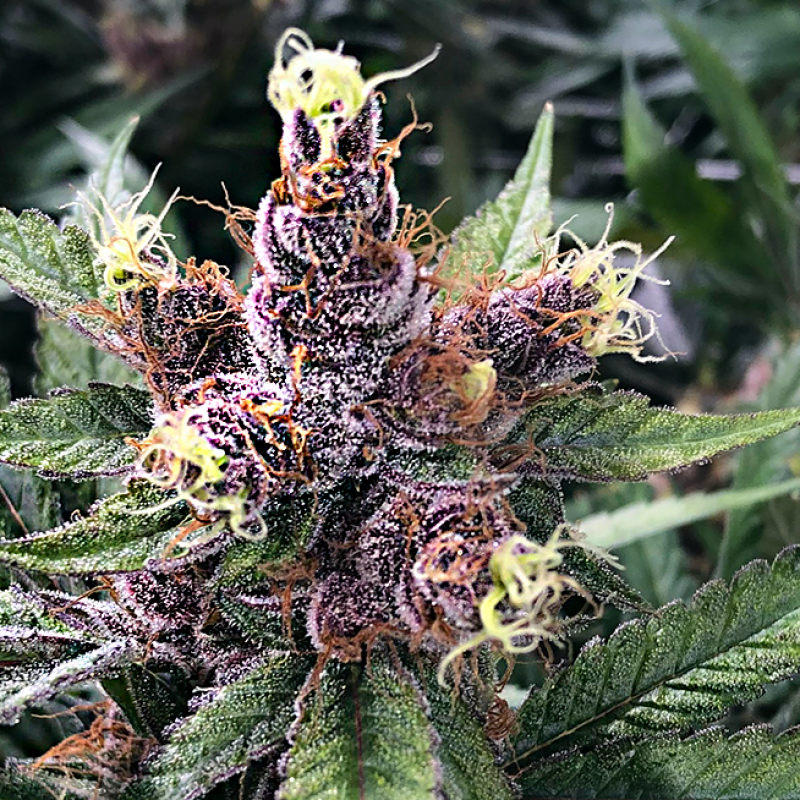 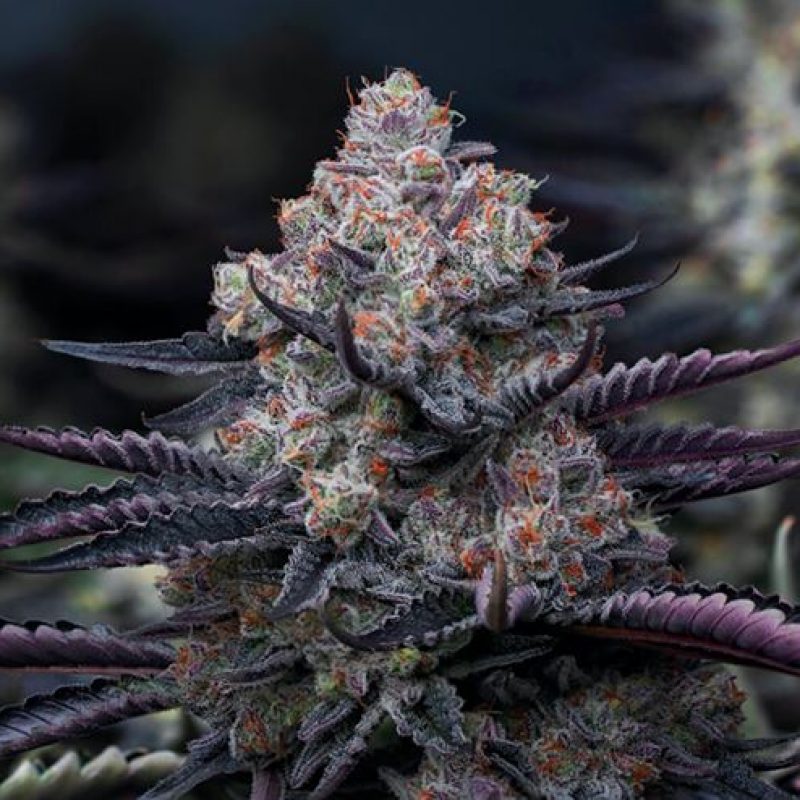 How Long to Grow Marijuana Plants to Flower?

The growth cycle for marijuana plants varies, which means it can take different lengths of time for them to flower based on the strain. The flowering period for indica is usually between eight and 12 weeks, which is faster than for sativa, which could take up to 16 weeks. Hybrid flowering will typically depend on which of the parent plant traits are dominant.

When you decide that you want to purchase fine flower weed, always make sure you are choosing a quality dispensary. We have options available in Fort Collins, Colorado, as well as four locations in Missouri—Dexter, Joplin, Pacific, and Gallatin.